The Tales of A. D. Adams

A Web Site for the readers of Mystery, Fantasy, Science Fiction and Children's books! To find the short stories click on the Fantasy and Science Fiction menu selects to the right.

Please enjoy the short stories and have a look at my available novels.

Thank You,  A D Adams

Contact Author
Author Facebook Page
Mark of the Dragon
Click Below to Purchase Novel
www.amazon.com/dp/B0845SPWHF
In a remote village, a young boy was born with a mark upon his breast. It made him an outcast in the superstitious little village. In the year of our Lord 1613, a curse had been laid upon the village by a witch burned for her evil acts. Every hundred years, upon the anniversary of the witch's burning, the curse brought death to the village. The only way to stop the deaths was to sacrifice a child to the curse. This deadly ritual went on until the boy with the mark of the dragon was sacrificed to the evil. After surviving the deadly events in the village, the boy found a new home where he grew to manhood. Once again, his home and adopted family were taken by another dark encounter. Evil seemed to find him as he traveled the world trying to find peace for himself and the dragon upon his breast.
D : An Assassin's Life
Click Amazon.com Link Below to Purchase:
http://www.amazon.com/dp/B07CV3SKWF 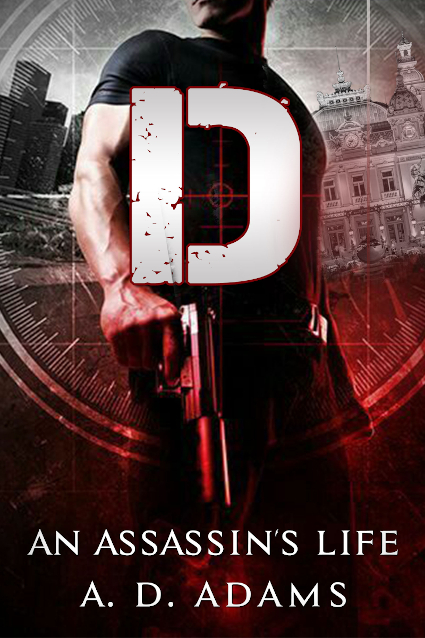 A boy was taught from birth to become a master assassin and to take over the mantle of his family's ancient profession. Century after century there had always been one, just one from the family that would dedicate his life to death. The chosen one was trained to be invisible, an unseen ghost moving through the world bringing death to the deserving. The boy grew to manhood and chose to abandon the family profession, until circumstances drove him back to his training as an assassin. Years passed as he developed into the assassin of assassins, the killer of killers. His skills, increasing with each slaying, until he became the world's ultimate bringer of death. Finally, he decided to change his life and leave his lethal occupation. Unfortunately, after several years, he is forced back into his former life to deal with unfinished business, from his murderous past. A boy grows to manhood without a father, in a future of galactic wide corporate corruption. Sam Quartermax's father was killed in a space collision when he was ten years of age. The government reported it as an accident, but the boy could never bring himself to believe this lie. The young boy secretly searched for answers as he grew into a strong and independent man. Finally, in college, he discovered the truth, his father was murdered. To find the killers he would travel to the far end of the galaxy and beyond. The search would require a boy to become a ruthless hunter. In the end, he would have to make a choice. Either become a killer to rid the galaxy of the corruption that had caused the death of millions, or walk away from his lifelong search for revenge. An Illustrated Children's Christmas story for the whole Family

Written by: A. D.Adams
Illustrated by: Ari Ariyana Ahmad

In the great frozen North, two small cabins sit at the end of a snow-covered valley. In one of the cabins, lives a young elf that has been badly injured and now lies near death. During normal weather, Santa's North Pole city is a good four-hour walk to the cabins. Alas, a terrible storm has raged over the valley for days. The snow, driving winds, and bitter cold are so intense that even Santa and his reindeer can not travel to the injured elf. He is helpless in the face of the storm's power. Santa must come up with a way to get the magic healing dust to the young elf, but how? Finally, he sees a small wooden reindeer built by the elves and comes up with an idea that might just work.

Also Available From A. D. Adams

The professionally Produced Audio Book of

The Dragon Savior of Tone My Brother is a Dragon

E-book and Paperback available at
Amason.com Travel to the wondrous World of Tone where a young girl watches as her brother hatches from a great, blue egg. Visit this world through beautiful illustrations and the story told by a girl of green.

Discover a green, lush world of magic and learn about one of the extraordinary families living upon it.

For ages 1 to 6 and those young at heart who love dragon tales.

The professionally Produced Audio Book of

The Dragon Healer of Tone

Find it at
Audible.com, Amazon.com or ITUNES The Dragon Healer of Tone The Dragon Healer of Tone is an epic fantasy about the life of Terra, the human whose fate is tied to the Dragon World of Tones future. Many seasons ago, a great wizard started a war that drove the humans to the misty valleys along the coast. Terra was the first male born with the magic of healing for hundreds of sets of seasons. He is the hope of the world, even though few know of his existence. As a child, he was taken from his family and was raised by the great coastal dragons. Only the dragons and a few others that have been awaiting his birth know of him and his powers. Even they have no idea of the enormous capabilities he possesses. Terra and his dragon, Fienna, whom he loves above all others, must save themselves from the dangers of outside powers that would either control or destroy them. Not least of these powers is the Black Solan, an insane witch bent upon their destruction. The two must survive, as well as build a life together, in a world of unknown enemies.

The Dragon Savior of Tone The Dragon Savior of Tone is book 2 in the World of Tone Series. It completes the history of Terra, the only human ever raised by dragons. He and his magic abilities have become the only hope for the world of Tone. Terra and his mate Fienna have begun to raise their first born child, as a dark force from beyond the Barrier Mountains threatens all life on their world. Terra must first return to his long forgotten past life to determine if the humans can or will help in the struggle to come. He then needs to find and convince the remaining land nymphs and elves to join in the dangerous fight. Can one man, even a man as powerful as Terra, unite all on Tone to save their world?